of sea and sheep

a walk in the country first thing in the morning 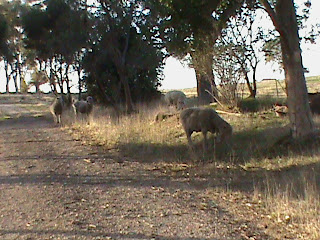 followed by a trip down to the Southern Ocean in Goolwa,
for those of you with an interest in Australian geography,
where I happily popped my toes into the surf. 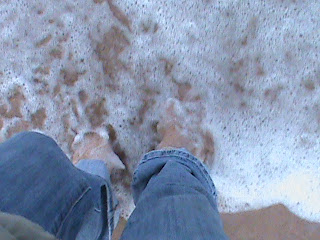 there is an amazing walkway all the way around
the edge of the sea from Goolwa,
(with it's rocky beauty
reminding of the rugged coastline of
my beloved New England) to Victor Harbor which is to the very left in this view. 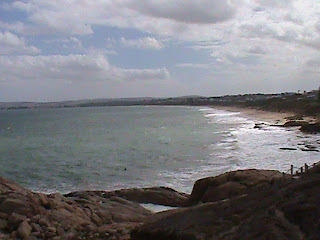 there was a sweet beach where just two
seagulls took to the beach
reminding me of my own beloved. 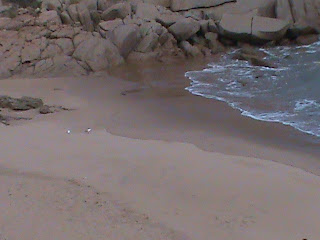 the walkway along bore the marks of decades of weather
since it's construction in 1949.
a heart burst forth. 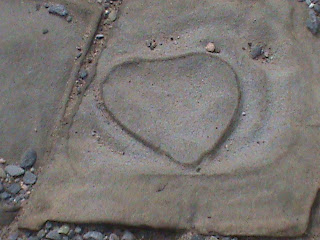 my camera is not able to capture the colors of the sea which
ranged from aqua to a deep indigo. absolutely magnificent place. 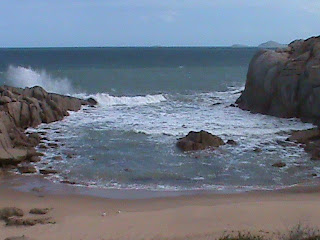 another day I spent at an agricultural show
and found myself in the shearing barn most of the afternoon
watching the competitions.
the ladies and gents wait their turn
at the whir of the shears. 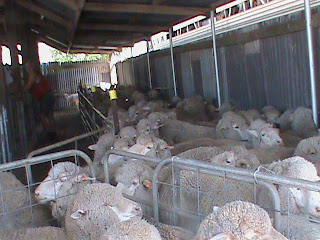 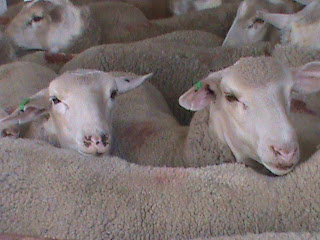 there were two types of competition. One was
4 people simultaneously shearing 5 sheep
each in the fastest time.
there were different levels from novice to pro.
the gent on the left was the announcer and
was most entertaining. you can see the
clock running for the overall time. 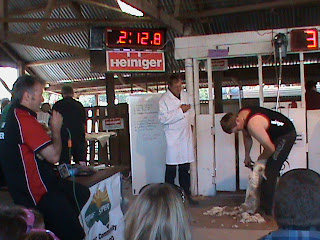 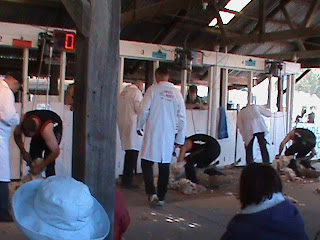 The second division was speed shearing and one
shearer at a time would shear from quickest time
against his competitors.
This fellow, Shannon Warnest, who took the pro
division with a shear time under 45 seconds.
all good fun. 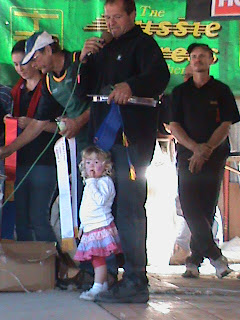